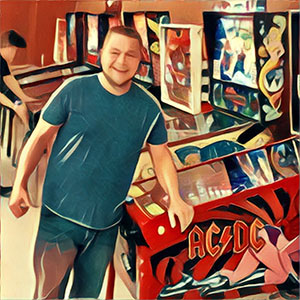 In this episode, Imoto and David interview Don Johnson, founder of the Cleveland Pinball and Arcade Show, about last weekend’s event. We hear how he got started with his collection of games and what led to the beginning of the show. Don’t miss him share about his own “launch the ball” experience toward the end of the interview as well as who he plans to pass on the mantle of leadership to in the future.