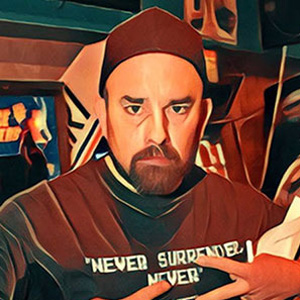 In this episode, Imoto and David interview Richie Knucklez, owner of a well-known arcade in Flemington, New Jersey. At the time of this podcast, he has the world record on Monaco GP, Phoenix, Space Fury, and Space Invaders according to Twin Galaxies. He has a strong following in the retro video gaming community based on his appearance in various documentaries including The King of Arcades (2014), Man vs Snake: The Long and Twisted Tale of Nibbler (2015) and Nintendo Quest (2015).