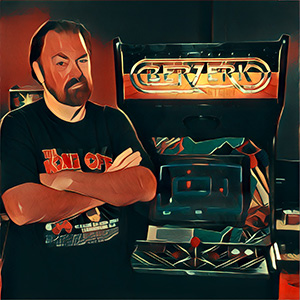 In this episode, Imoto and David interview Joel West, a legend in the classic gaming community, having been featured in the infamous 1982 LIFE magazine photo spread featuring video game superstars. He is the first player to hold five simultaneous Twin Galaxies records, and he appeared in the 2007 documentary feature film, Chasing Ghosts: Beyond the Arcade, which was screened at the Sundance Film Festival.