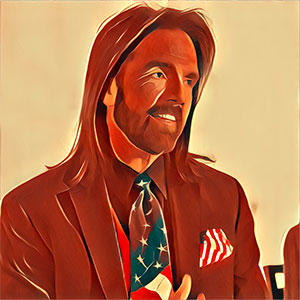 In this episode, Imoto and David interview Billy Mitchell, the legend of retro video games. Among his many achievements, Billy is known for earning the first perfect score of 3,333,360 points on the original Pac-Man arcade game in July 1999. Best known to the broader public for his appearance in the 2007 documentary “The King of Kong: A Fistful of Quarters”, he has been cast to play himself in the upcoming scripted feature film “Launch the Ball”. Billy also sells a line of hot sauces known as Rickey’s World Famous Sauces.

Billy Mitchell: Facebook – Twitter – Instagram
The King of Kong: A Fistful of Quarters
Meet the Neil Armstrong of Pac Man (CNN)
800HotSauce.com
Learn more about investing in the Launch The Ball feature film.

Good Morning! The DMD era is over! #SternPinball #KaPowPinball #Batman66