As crew members are hired, profiles will be added to this page. 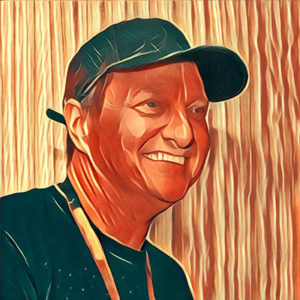 .
From the first time he dropped a quarter into Fan-tas-tic in 1975 to the day he purchased his first machine (Big Indian), John has had an undying passion for pinball and arcade games. With a collection of almost 1100 games, he founded the Museum of Pinball as a non-profit organization for the sake of preserving an American pastime and cultivating an interest in future generations and hosts the yearly Arcade Expo. John is actively involved among Banning business leaders and politicians, which allows him access to people, locations, and resources for the sake of the Launch the Ball production. (Listen to episode 001 of the Launch the Ball podcast to hear from John.) 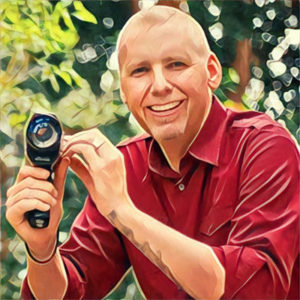 .
Having produced and directed two award-winning documentaries, David is leading the effort to produce Launch the Ball. He is known for his ability to envision a large-scale endeavor, develop a strategic plan, and rally a passionate and skilled team to work together to see projects come to fruition. David has spent the last eight years as a successful marketing consultant, author, photographer, and filmmaker, while the previous ten years were invested as a non-profit leader within faith communities. David has been married to Laura for 22 years, and they live in Newport Beach, California, with their two children.
.
Distributed by Word Films, Mother India: Life Through the Eyes of the Orphan is a 47-minute documentary shot in southern India, selected by three film festivals, and won “Best Short Documentary” at the Princebury Film Festival in 2012. Also distributed by Word Films, In Plain Sight: Stories of Hope and Freedom is a 68-minute documentary featuring the stories of six female abolitionists who are fighting to end sex trafficking in the United States, and the film has been included in three film festivals and screened in over 200 locations around the nation. Currently, both films are available on Amazon and iTunes as well as other platforms. David’s third documentary, Set Free Posse, is currently in post-production. 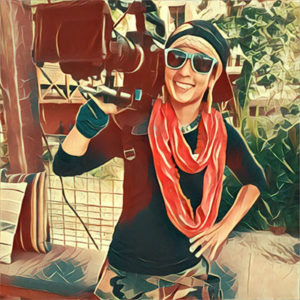 .
Having graduated with a BA in Film and Video at Georgia State University and studied cinema abroad at Temple University Japan, Imoto has a life-long passion for creating meaningful content for the Universe. She has worked over the past decade in the mediums of video and photography, and she’s mastered the art of capturing the moment. Imoto started out as a cinematographer and editor, but over the years, she has worked in several other crew positions including line producing and directing roles. These combined experiences allow her to be an ambitious, yet levelheaded, producer. She likes to help create stories that are thought provoking and boundary pushing. Imoto is the CEO and owner of Captain Crazy Productions, Inc., multimedia production company. An avid gamer and adventurer, you can usually find Imoto traveling across the country promoting video arcade culture or on a hiking adventure with her dog Mookie.
.
Feature Film Experience
2014 – Bella – Xristos Productions – Line Producer, Assistant Director
2013 – Ate a.k.a. Big Sister – FMC Productions – Line Producer, Director of Photography
2012 – Lost Angels – Xristos Productions – Line producer, Assistant Director
2011 – Altered – Media Arts International Film Corporation – Line Producer, Director of Photography
2011 – Perception – Xristos Productions — Director of Photography
2010 – This DAM Film – Captain Crazy Productions, INC – Director, Editor
2007 – Motion Music -The Curators, LLC – Director of Photography, Editor
2007 – Books of John – Gypsy Lar Productions – Colorist